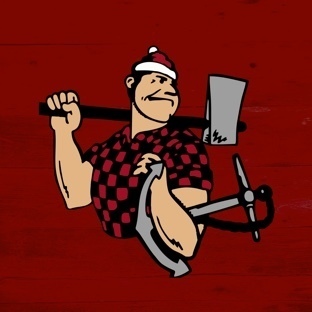 At Alma we strive to establish a safe and healthy environment for all students.  We develop individual student connections and positive relationships where every student has a voice and place.  We have high expectations for all of our students through learner centered goals and critical thinking objectives to ensure academic success and lifelong learning.  We instill positive character traits and citizenship skills that provide our students with the toolset to be effective team players and members of society. We are excited and passionate about what we do every day and truly love working with all of our students.

There are two types of referenda; one is used to exceed the revenue limit (the maximum funding schools receive per student from state and local taxes), and the other is to issue debt for capital improvements.

The Wisconsin Department of Public Instruction website shows results and information on all school referenda.  We have 421 school districts in the state of Wisconsin.  342 of these WI school districts have gone for one or both types of referendum questions to exceed the revenue limit.  Over the last five years, there have been a total of 509 referendums.  The data also shows that it is becoming more common for schools to ask for recurring operating referenda.

Some Advantages of a Recurring Referendum include:

The Alma School District was established in 1887 and our current building was originally built in 1958.  Since that time, many upgrades and additions have been added through public funding and referenda.  The largest additions included a new heating and cooling system and upgrades to the building envelope, windows, classrooms and restrooms, and roof systems.  Schoolwide security and transportation upgrades have also been beneficial improvements.

It is clear that your School District has been diligent in their maintenance routines to extend the life of everything in the school as much as possible.  Additionally, your District has been selective and creative with additions and improvements.  The District eliminated extras where possible and yet have sustained and excelled in educational expectations and outcomes for all of your students.

The limited funding secured through the last three year non-recurring referendum that allowed the School District to exceed the revenue cap for three years will end this school year.  Therefore, another referendum to allow the District to again exceed the state mandated revenue cap to fill funding gaps and implement improvements to our school facilities is necessary.

The Alma School District has a long history of fiscal responsibility and stewardship.  In fact, a recent ranking conducted by the U.S. Census Bureau and the National Center for Education Statistics placed our District at the top of the list of equitable school districts in the state of WI.  This study examined 422 districts in the state comparing the average household income within the district to the average spending per pupil.  Your District, the Alma School District, was #1.  For more information on this study please visit https://wallethub.com/edu/e/most-least-equitable-school-districts-in-wisconsin/77146/#methodology

Despite the fiscal responsibility, stewardship, and equity that our District has demonstrated, we are still anticipating a yearly budget shortfall if a referendum is not approved by the community.  In addition, with the many unknowns that will accompany the state biennial budget next year, this shortfall could be greater.

As you can see from the graph below, our enrollment has remained fairly consistent over the past five years and our projections are showing this consistent trend to continue.

*Note that these FTE averages do not include open enrolled students.  Our total number of students attending in person averages over 240.

Each school district in the state receives tax funding for every full time student that attends school in their district.  The average per pupil increase on the state revenue limit over the last 13 years equates to only $59 for our District.  In addition, over the last 13 years, the Alma School District has averaged a 7% decrease in state aid, or a total of 41% less than what we received during the 2006-2007 school year.   The fact that the Alma School District is negatively aided (currently at -40%), we can expect to receive $0.40 less on the dollar.  Likewise, a district that is aided at +40% can expect to receive $0.40 more on the dollar.  This is directly linked to district property values and is definitely out of the school’s control.  For instance, positively aided school districts receive more money from the state due to less property wealth per member to distribute to the total school levy.  In our negatively aided case, the formula factors in greater wealth per member to distribute to the total school levy, and thus we receive less from the state.  In the end, this equates to over 1 million dollars less in state aid for our District.

While per pupil aid has been minimal and while state aid decreased dramatically for our District, operational costs continue to rise.  In addition to rising costs, there is also a need to continually improve curriculum and student educational options, to update and replace technology, to increase security, replace classroom and district supplies, and make improvements to our overall facilities.

Despite all of these operational and necessary increases accompanying less funding from the state, we are not asking for more from our voters this coming November.  As you can see in the chart below, we are maintaining our current referendum amount of $335,000.

* Please note that the figures presented from 2020 and beyond are projections and based on the voter approval of a $335,000 recurring referendum on November 3rd.  These projections continue to show a decreasing mill rate each year which will decrease what our taxpayers will pay each year.

We Are Not Alone:

There will be two informational meetings held regarding our referendum.

THANK YOU FOR SUPPORTING THE ALMA AREA SCHOOLS!